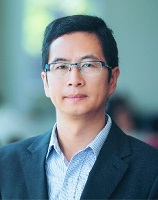 F. Richard Yu received the PhD degree in electrical engineering from the University of British Columbia (UBC) in 2003. From 2002 to 2006, he was with Ericsson (in Lund, Sweden) and a start-up in California, USA. He joined Carleton University in 2007, where he is currently a Professor. (personal homepage) 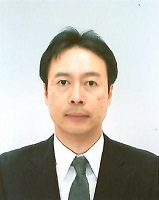 Shoji Kasahara is a Professor of Nara Institute of Science and Technology, Japan. (personal homepage)

Abstract of the talk: Bitcoin is one of popular cryptocurrencies widely used over the world, and its blockchain technology has attracted considerable attention. In Bitcoin system, it is well known that transactions are prioritized according to transaction fees. In this talk, we first introduce the Bitcoin system, focusing on proof-of-work, the consensus mechanism of Bitcoin blockchain. Then, we show some queueing models for analyzing the transaction-confirmation time, discussing how the fee of a transaction affects the transaction-confirmation time.

Hisashi Kobayashi - A Stochastic Model of an Infectious Disease 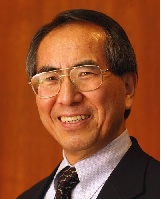 Hisashi Kobayashi has been in the U.S. for 55 years, since he came in 1965 as an Orson Desaix Munn Fellow of Princeton University, where received his Ph.D. in Electrical Engineering in 1967. He then joined the IBM T. J. Watson Research Center, where he held various managerial positions. He was the Founding Director of IBM’s Tokyo Research Lab from 1982 till 1986, when he was invited to join the Princeton faculty as Dean of the School of Engineering and Applied Science and as the Sherman Fairchild University Professor of Electrical Engineering and Computer Science.

He served NICT, Japan as Distinguished Researcher (2008-2016). Currently he is working on stochastic models of an infectious disease, as well as on the Riemann Hypothesis: http://hp.hisashikobayashi.com/towards-a-proof-of-the-riemann-hypothesis-rh/

He authored or coauthored three textbooks: Modeling and Analysis (Addison Wesley, 1978), System Modeling and Analysis (Prentice Hall, 2008), and Probability, Random Processes and Statistical Analysis (Cambridge University Press, 2012). For more details of his profile, please see https://en.wikipedia.org/wiki/Hisashi_Kobayashi. His BE and ME degrees are from the University of Tokyo.
He and his wife plan to return to their home country Japan, as soon as they sell their home in New York City.

Abstract of the talk: A new stochastic model of an infectious disease, based on the birth-and-death-with immigration process, is presented. The model was originally proposed in the study of population growth or extinction of some biological species, but seems unknown to epidemiologists. We believe this model can capture the essence of infection diseases such as COVID-19, and shed lights on unpredictable stochastic behavior of epidemics, much better than the SIR deterministic model and its variants studied by biologists and epidemiologists. Our non-homogeneous stochastic model, where the infection rate and recovery rate are arbitrary functions of time, should allow us to characterize infection patterns more accurately than has been possible before. This model should allow us to understand probabilistically the effect of control policies, such as social distancing, on the epidemic pattern. Use of the saddle-point integration technique is also presented to obtain approximate probability distributions when an exact solution is unavailable.

The slides are avaiable on the personal homepage of Prof. Kobayashi. 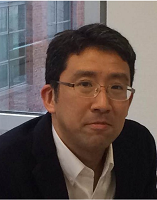 Masakatsu Fujiwara is the Vice President and Head of Communication Traffic & Service Quality Project, NTT Network Technology Laboratories, Japan. He received a B.E. in electrical engineering and an M.E. in applied systems science from Kyoto University in 1994 and 1996, and an M.B.A. from Cornell University, USA, in 2005.

Abstract of the talk: Beyond the 5G era, network will serve as a critical social infrastructure that supports the cyber physical system with massive and diverse devices as well as service requirements. In such a situation, self-evolving zero-touch network operation with AI technology will be essential to provide network functions and resources flexibly and dynamically. In addition, the key indicators of network value will expand from conventional parameters inside networks, such as throughput or latency, to the outside indicators such as user benefit or user behavior change. The concept of user engagement operation will be an important perspective in network operation. We introduce the concept and technologies concerning the self-evolving zero-touch and user-engagement as the direction of future network operation.